​​Grant is a Sydney based lighting designer and production manager with over thirty years experience in the theatre and entertainment industries.

He has designed the lighting for over ninety productions for numerous theatre companies including the STC, Griffin and Belvoir.

He now specialises in lighting for schools and young people's theatre.

​His designs include the Taming of the Shrew for Shakespeare on the Green, Sidekicks for Bunker Productions. Homebody/Kabul for Belvoir, Lord of the Flies for Waverley College. Away, As You Like It, The Shoehorn Sonata and Romeo and Juliet, all schools productions  for Impulse Theatre. The Magic Pudding (world premiere), Babe, Danny in the Toybox, the Lion the Witch and the Wardrobe, Snow White, Peter Pan, the Little Mermaid, the Wind in the Willows and numerous others for Marian Street Theatre for Young People. And recently, Oliver! for International Grammar School, Legally Blonde Jnr for Bethany College, and High School Musical for Tara Anglican School for Girls.

Taylor owns his own production company specialising in design, supply and installation of lighting and sound for school musicals/performance nights, including International Grammar Schools 2015 school musical Oliver! For Knox Grammar; The Music Man,The Jungle Book and Guys and Dolls.

Taylor has worked in many of the top theatres in Sydney and around Australia including The Lyric Theatre in Star City, The State Theatre, Theatre Royal, The Thebarton Theatre in Adelaide, The Enmore Theatre, The Metro Theatre, Sydney Town Hall and Melbourne Town Hall.

Taylor is looking forward to making your ideas become a reality! 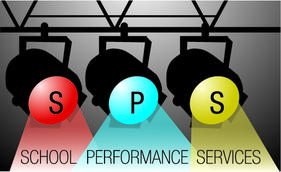